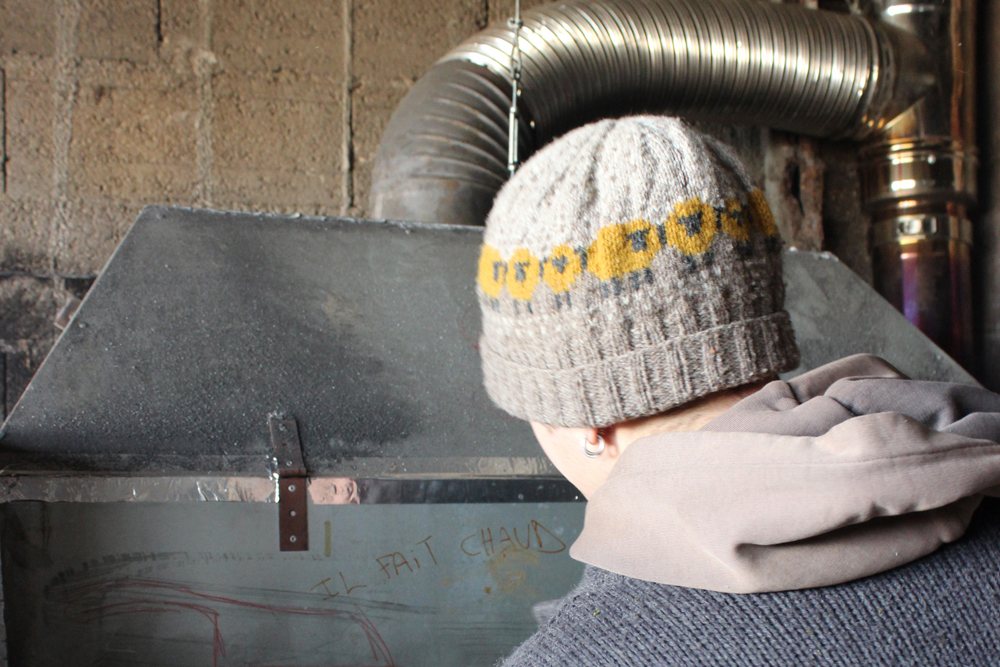 I met Lilian and Marjolaine through Angèle (from Madlaine) during Spring 2017. They are fonding members of the association Une Figue dans le Poirier and supports really beautiful values. As luck would have it, this encounter was the perfect thing for me, at the perfect time, and it seemed like the obvious thing for me.

Since then, we have set up and are working on multiple projects together, but not only. A true, real friendship has developped between us and I am proud to have count them as close friends… I think I will tell you more about them and their association (with an interview maybe ?), because it is a project I really like and support, but that is not the subject today.

In December, during a meeting at their place, I discovered the firsts knives forged by Lilian, in his forge he had just installed in their place. I loved instantly this high-quality hand-crafted work and I told myself I would someday buy one of his knives. That’s when Lilian offered me a deal : he would forge me a knife if I knitted him a hat ! As you can tell, I accepted !

In February, my new knife joined our household and I can’t tell you enough how delighted I am ! It is a (japanese style) kitchen knife, with a just-long-enough blade, sharp, with stilla fex spots of forging left, a very beautiful and smooth wood handle. It is perfect !

Then, Lilian told me his requirements. He wanted a BaaBleHat, in wool (of course), but not scartchy (for his very sensitive skin), in natural colours mostly, with a larger head perimeter than the one offered in the knitting pattern.

I made him squish differents yanrs from my stash so that he could test the conatct and quality of them. We spoke a lot about coulour choice and colour combo. And we landed on De Rerum Natura Gilliatt, in colourways Poivre, Poivre et Sel, Fusain and Doré. At the beginning, Lilian wanted white sheeps, but there was no more Sel or poivre Blanc in stock. So, finally, doré is perfect and the yellow little sheeps brighten the hat.

To adapt the pattern to the measurements required by Lilian, I added a group of 3 little sheeps and (so) adapted the CO stitches in consequence, and it was just what the hat needed to fit him perfectly. I also added 4 cm of ribbing to deepen the hat. I had to juggle a little bit with the decrease at the crown, but nothing really complicated.

Gilliatt was still a bit scratshy for Lilian, so I decided to line the hat with a organic coton jersey from Les Trouvailles d’Amandine (col. Driftwood).

I cut a rectangle at the final measuements of the hat, including sewing marges and, serged the 4 sides. I sewed the small sides together to create the head perimeter. for the crown of the lining, I simply gathered one long side and hand stitched it the gathers to the inside of the crown of the hat. For the bottom, I han-stitched the hem, keepeing as much as possible the elasticity of the ribbing.

In my point of view, this exchange is a complete succes : I received a outstanding knife, made with patience, passion and a lot of care and Lilian is really really happy of his hat !